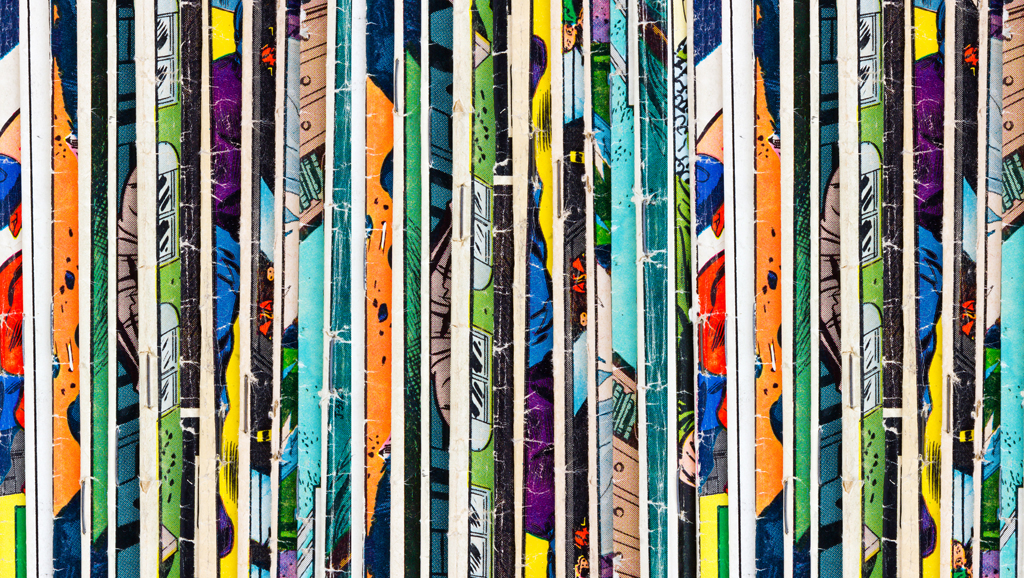 Dave Anderson has a knack when it comes to buying and selling comic books and memorabilia. At age 5 he collected his first comic book, Action Comics 177, for 12 cents at the grocery store. Today, that comic book is worth $300! If someone were to own the first issue of that series it would be worth around 3.2 million dollars. Zounds! How does a person turn what many people think is just a hobby into a high paying job?

It all started when Anderson was 14 years old. He was looking at the local paper and noticed an ad about a gentleman from Canada who was traveling to where Anderson lived to buy comic book collections. At that time Anderson had a closet full of comic books for which the man offered $300. To a 14-year-old kid in 1974 that amount of money was a fortune. That’s when Anderson had his “Aha” moment. He understood the value of what he owned and began to build his comic collection.

“People get a lot of joy out of completing their comic book collections and I play a part in making that happen.” ~ Dave Anderson

He put an ad of his own in the local paper that said, “I am interested in buying old comic book collections. I pay top dollar, top money, please call me.” Anderson thought people wouldn't think he was serious if they knew they were dealing with a kid so he signed it, ‘Old Zach.’ Well, it worked! Before he knew it interested parties were contacting him and he would go to their house, make them an offer, and buy their comic books.

From then on ‘Old Zach’ stopped reading comic books and started buying and selling comic book collections. He accumulated large assortments of comic books that he would bring with him on trips to Canada with his family. His parents would drop him off at a comic book store and he would make his deals while they went shopping. He then took the money he made back home to the States and reinvested it. He would buy more collections and replicate the process of buying and selling again and again and again.

While in college he continued to buy and sell comic books on the side but was studying to become a marriage and family counselor with a degree in psychology. He went on to graduate school but ended up dropping out with a 4.0 after he got burnt out.

He came to Tulsa, where he lives today, and worked various jobs such as selling radio advertising, financial planning, and vending video equipment. The last job he had was for a large corporation that lasted only a short time. He then realized he was making more money selling comic books on the side than he was working full time at his corporate job.

At the beginning, he thought he would just buy and sell comic books until something better came along. That was in 1986 and he has been doing it fulltime ever since. The first year he made a certain sum of money which was more than he had anticipated. The next year that amount doubled, then the next year it doubled it again, and has continued to grow ever since.

As the popular Spiderman saying goes, “With great power comes great responsibility.” As the Lord continues to bless Anderson’s business, he makes sure that he is a good steward of his money. He uses his income to provide for his family, help others in need, and give back to the church. Everything he buys is with cash, from his comic books to his home. His family may live in a neighborhood with doctors, professional athletes, and lawyers but they remain humble in the midst of it.

Along with the characters in the comic books, Dave Anderson is a hero of his own. Some characters have lightning speed while others have super strength; Dave Anderson’s superpower is found in being a dad. He has raised seven incredibly smart, respectful, and intelligent children ranging from 11 to 24. The only girl of the family, Sarah, just graduated high school with a 4.0 and has over $100k in scholarships for college. The next oldest children, Jonathan and Daniel, were both voted Top 10 Freshman at OSU and have been guests at the National Prayer Breakfast in Washington DC with President Barak Obama. The eldest, and one of my close friends, Michael AKA ‘Manderson’, had a full ride engineering scholarship to the University of Arkansas, and currently is a programmer, managing multi million global projects, at HP Inc. I can’t imagine what the three younger boys are going to grow up to do!

Dave Anderson was bound to become a comic book buyer and seller. He slays the market he is in. He takes just as great care of his family and customers as he does his comics, which are all in pristine condition. Each comic is truly an original American art form and I was lucky enough to step back in time and see the vintage comic books for myself.

Did you know some comic books perform better than stocks? Check out this article. It seems like more of us need to pursue hobbies that interest us.

“After several years I stopped fighting it and realized this seems to be where God is taking me. Now I really love what I’ve doing but it took me a while.” ~ Dave Anderson

“People, when I tell them what I do for a living, either don’t understand it or don’t believe I can make money doing it.” ~ Dave Anderson

“I’ve run a successful business with God’s help, and my wife’s support, for 30 years, and we have stayed out of debt. Everything that we buy we pay for in cash.” ~Dave Anderson