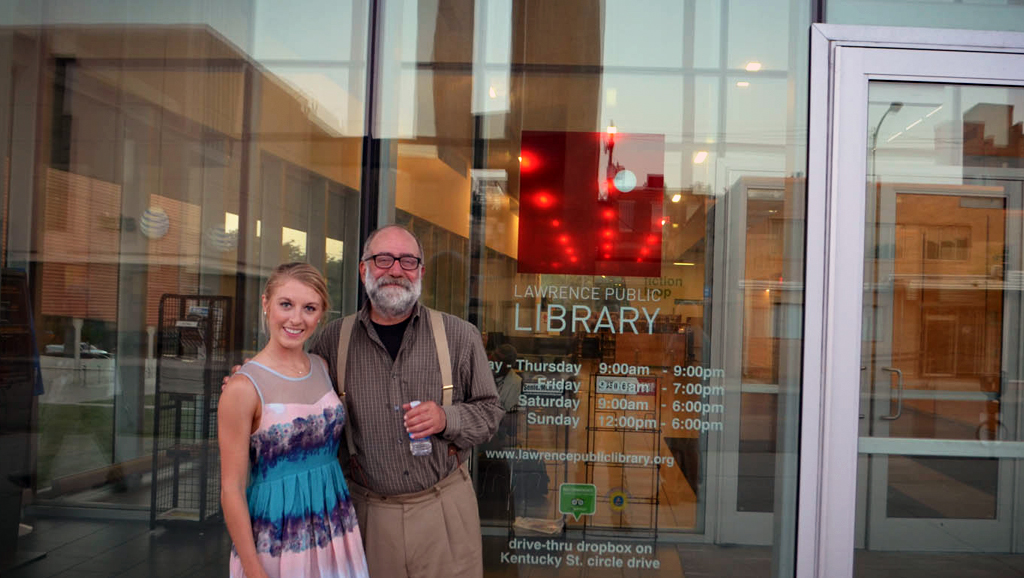 Henry Fortunato is a man with an unusual walk. From his very first steps as a small child to today, Henry has been an advocate for active transportation. Henry has never owned nor had the desire to drive a car. He lives to walk and walks to live. In fact, Henry has walked over 450 miles across the state of Kansas.

Initially, Henry first moved to the Sunflower State after being offered a job as senior vice president for a large financial services agency in Overland Park. It turned out to be the wrong job, wrong company, and wrong industry. He decided to take a different route by following the Latin term, “solvitur ambulando”, which means “solve it by walking.” Every morning he would walk for three or four hours, trying to figure out his next step.

“Through walking I get to think, get to meet people, and get to have really great experiences. It restores my faith in human nature.” ~ Henry Fortunato

One day his journey took him to the University of Kansas. Here he decided to get his master’s degree in American history. His functional equivalent of thesis included developing the two-dimensional KU history display in the Kansas Union and the kuhistory.com website. This grew his passion for making history accessible to the general public in an engaging and compelling manner.

He saw Kansas as a place where people can journey from town to town on foot, get up close to the land and enjoy the ambiance of the heartland of America. Henry was captivated by the idea of walking across Kansas and decided to take the first steps to pave the way for others to follow.

With a walking stick and backpack filled with waterbottles, Henry started walking 20-25 miles per day. He had about 85 percent of his trip figured out before he started, but some things he just couldn’t plan, such as coming across a landmark of a giant statue roll of toilet paper or climbing into the Statehouse dome with the state’s lieutenant governor.

His journey didn’t end there. After serving nine years as the director of public affairs of the Kansas City, Missouri, Public Library, he went on to found Sunflower Republic LLC, which is a consulting and creative services firm that focuses on enhancing walking trails and developing history-oriented traveling exhibits.

Henry took me step by step through his current undertakings, which include interpretative signage projects along the Indian Creek Trail in Overland Park and the Burroughs Creek Trail in Lawrence, plus a photographic exhibit titled Home Front in the Heartland being developed in conjunction with the Franklin County Historical Society in Ottawa. I was able to accompany him to the Lawrence Public Library one evening when he spoke to a large gathering of people about the Burroughs Creek Project.

Henry hopes the signage panels going up on Indian Creek Trail are only the beginning. His long term vision is to transform every trail in Kansas into what he calls a “hike through history.” Although that goal is a big undertaking, Henry is a long-distance walker. He has learned to pace himself when it comes to getting the job done.

Inspiration found from the second stanza of the finale of the Rogers and Hammerstein musical The Sound of Music:

'Till you find your dream.

“I live to walk and I walk to live.” ~ Henry Fortunato

Walking is the healthiest thing you can do. It’s got to be one of the reasons why I hardly ever get sick.” ~ Henry Fortunato

"For me, walking is a marvelous and restorative experience. I get to think about things, I get to solve whatever challenge is facing me at the time, and it’s really good exercise." ~ Henry Fortunato

“I get tremendous satisfaction out of self-locomotion over long distances.” ~ Henry Fortunato