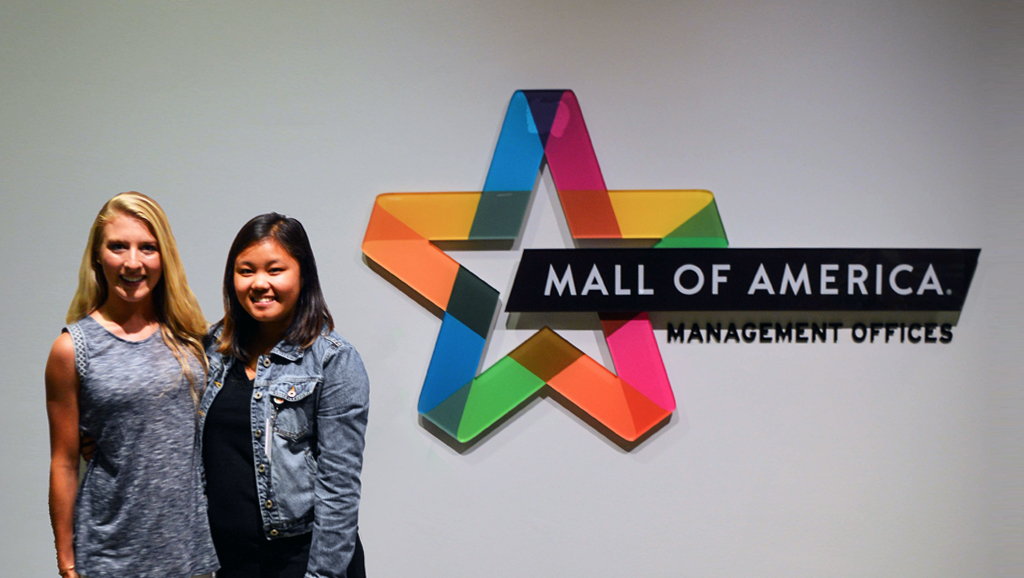 Most malls are magnets to girls. As a girl growing up in Bloomington, Minnesota, Emily Yang was no exception. Emily spent countless hours finding the perfect dress for an event, outfit for a date, and shoes for an upcoming trip at Mall of America. Being the largest mall in the United States, it had a store for every occasion. Along with the mall being a one-stop shop it was also a place to socialize with friends at the indoor amusement park, aquarium, comedy venue and 14-screen movie theater. Mall of America had it all and there was no reason to leave anytime soon. Since Emily Yang already spent most of her time at the mall she decided to make it a full time job.

Emily began working for Mall of America in college to help pay bills, get a head start on her career…and clothes. During the first nine months of employment, Emily worked as a guest services representative. With over 520+ stores and a building that can fit 9 Yankee stadiums within, if a person spent 10 minutes in each store it would take over 86 hours to visit them all. You can imagine how many people were asking for Emily’s advice about what they should see and do in the mall. She served as a know-all for anyone who had questions or concerns and provided them suggestions catered to their personal interests.

“I was lucky that I had worked in many different departments for my company previously. I’ve been able to work on some really fun projects because I’ve been vocal about my interest in beauty, fashion, and social media.” ~ Emily Yang Lovell

Later Emily transitioned her skills into a newly developed role of community management for Mall of America’s social media team. In this new social media role, Emily acted as a liaison, responding in real time to any Twitter, Facebook, Instagram and even text messages that Mall of America received. Emily was surprised to find it was possible to make a career out of what she was already doing on a personal, day-to-day basis.

As much as she enjoyed heading up the communications for Mall of America, Emily was ready to jump into a position that best suited her interests and put her business degree to work. To do this, she decided to apply as an intern for Trend Specialists, a fashion public relations department within the Mall of America. After only a mere three months of working in that position, Emily found herself promoted to a full-time position as the Public Relations Coordinator.

Emily consistently has the heart for Mall of America’s voice and vision. This helps the mall maintain its reputation for being one of the top tourist destinations in the country – something the Ghermezian brothers would’ve never imagined when opening nearly 25 years ago. All of Emily’s efforts contribute to upholding the extremely high standards Mall of America is renowned for. She works closely with reporters and producers on the more than 400 events a year that Mall of America hosts. She has been given the opportunity to interview artists such as BORNS and sisters, Lennon and Maisy, from the show Nashville.

Even though Emily’s job is a large undertaking, she makes sure her wellbeing is not sacrificed in the process. This is done through being provided a healthy work environment. The company leads a health and wellness program every morning at 8:50 a.m. where people from all of the departments will gather together in the human resources hallway for a series of stretches. A different department leads each week and gets to choose the music. Afterwards, all departments under the umbrella of marketing get together to give updates on past, present, and future projects, as well as general updates about the Mall.

In business the only thing constant is change. Working for Mall of America Emily Yang had to identify and understand this change. Emily’s dedication shows there’s a lesson to be learned in not being complacent and always looking for opportunities to grow. She is a perfect depiction of what the MOA stands for in doing everything in a large way, and something we should all model after. 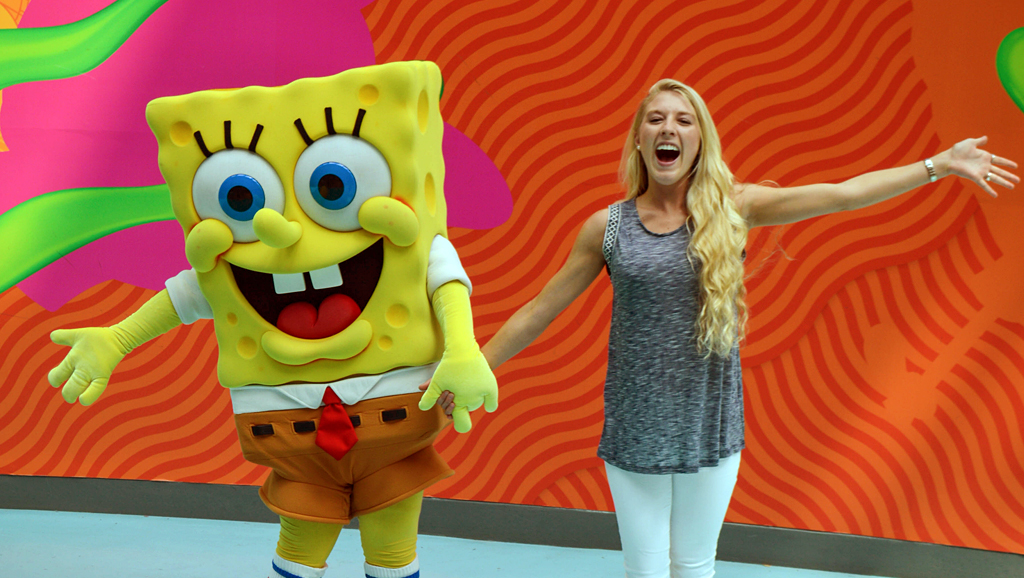