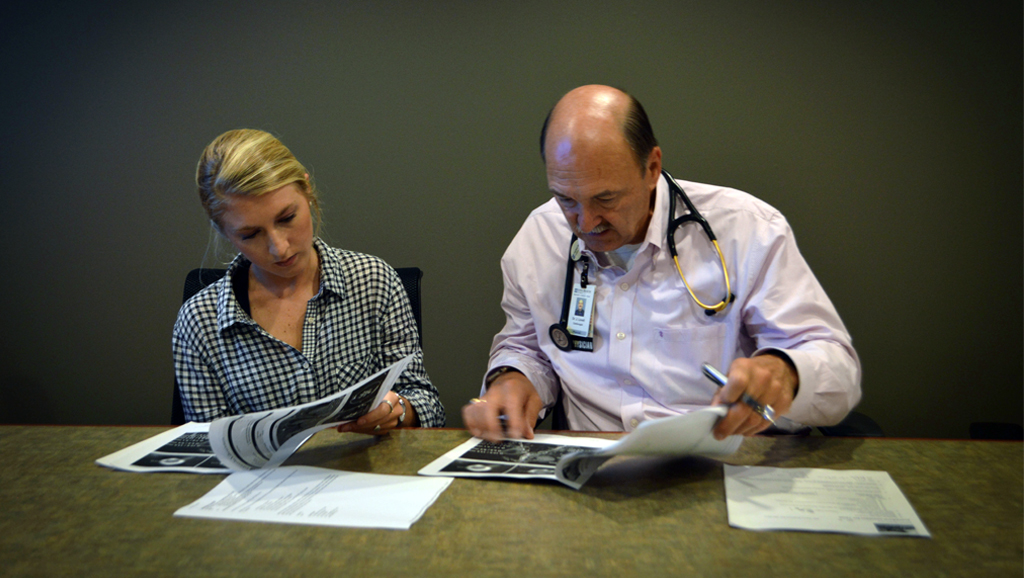 Visiting Iowa Methodist Medical Center allowed me to have a heart to heart with Dr. James Lovell about the life of a cardiologist. Dr. Lovell found his calling at an early age. When he was 13 years old he was in a bike accident that caused his big toe to be operated on. Being in a hospital and watching his family doctor fix and care for people stirred in James the desire to do something similar. He walked out of the hospital with 14 stitches and a new purpose in life.

“You have to work your hardest each day to prove your supposed to be there.” ~ Doctor James Lovell

All though college he studied to become a doctor. It was surprising when he took his medical entrance exams, the MCAT, he did not pass. Yet, his love for medicine pushed him to retake the test. It was this perseverance that would help him many years later as a full time doctor.

As he started intern medicine training it became evident that he enjoyed the intensity of critical care. At his first cardiology rotation a doctor let him participate in a procedure where he got to take pictures of the coronary arteries. He was infatuated with the operation and decided to put his time, energy, and effort into becoming a Cardiologist.

A Cardiologist’s route is not for the weak hearted. It takes, at minimum, 13 years of studying and training after high school, and 10 years after undergrad. Dr. Lovell’s intellect only played a small role in him becoming a doctor. The majority of it came from having a strong enough passion to persevere through the process that involved a lot of sacrifice.

Dr. Lovell is dedicated to making a difference in peoples lives. He continues to educate himself on the best medicine, technology, procedures, and treatments available. He allowed me to gain insight to what a day in a doctor’s life entails by sitting in on morning meetings discussing the patient’s prognosis to scrubbing up for surgery. It was incredible to watch the way each patient is treated with the best care to provide a better and longer life.

Even though the salary that comes with being one of the top specializing doctors is a perk, the most rewarding moments for Dr. Lovell come from a personal level. He considers it a privilege to care for people and takes deep satisfaction in saving individuals lives. Although, as much as he loves his work, he makes sure he does not identify himself exclusively with it. The same compassion and empathy he shows toward his patients is taken home to his family and friends. He walks through everyday with his eyes and mind wide open ready to notice anything that gets his heart beating, inspires him or makes him proud. He then uses the energy found from his passions to improve the lives of others

“Intellect only plays a small role in becoming a doctor. The majority comes from having a strong enough passion to endure the journey.” ~ Doctor James Lovell

“It is a priviledge to take care of people.” ~ Doctor James Lovell